Yesterday for the first time in my life I heard reference to the existence of a Twitter alternative called Hive. I went on Google, and received some very funny results that are something of an indictment of this attempted Twitter replacement's SEO.[1]

I edited out some of the more overtly curated random inserts in these results like trending news stories and tweets, to sort of highlight that in terms of slightly more organic results, there are a zillion things named Hive and the Twitter clone one doesn't stand out. (You can also see via link colors that I took these screenshots after already having visited the site, because I am a liar doing a dramatic re-enactment.)

Let's take a look at the site itself! Surely a good solid Twitter clone that several artists I follow on twitter announced today they were moving to will be rock-solid and... Oh. Oh no.

Okay so there are several glaring immediate issues here.

There is no web access to Hive, you need to install their app on your cell phone and verify your number.

They launched first on iPhone, and their app for phones that don't suck your soul out through your wallet is in "early access," like a Steam game where you sometimes fall through the ground into a void and then the game suddenly closes and the bizarrely overdesigned Unreal Engine crash reporter window pops up. "Be one of the first," they plead, to beta test their Twitter clone that is immediately already worse than Twitter. What an enticing proposition!

No nudity except "in photos of paintings and sculptures."

I will give them credit for this genuinely hilarious carveout. Don't worry, you can still post your museum photos. But wait, hold on--

Alright, well, within the past 24 hours things seem to be a bit in flux because initially their rule on nudity was this, as screenshotted by someone on Twitter:

And when I went back to look myself and see the exact wording, it now said this:

This... seems like something important to nail down, in my opinion. Don't worry, though, the part where the Android app is a clear afterthought is very much still there! 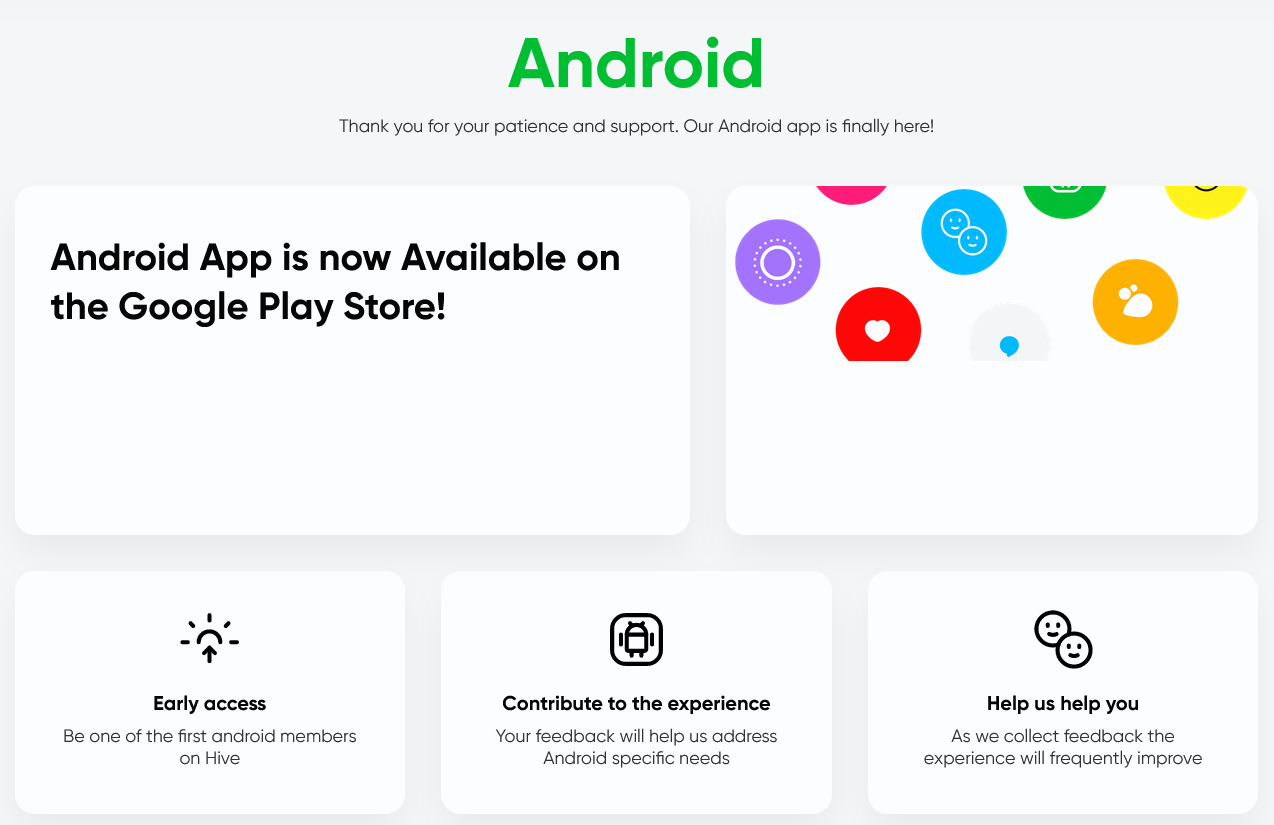 Oh, also, they're trying to bring back MySpace-style embedded music in profiles.

And they're doing it in the most cop-brained way possible, through Apple Music and you have to pay for "song slots."

Also, while looking around their hideously designed site for the wording on the Apple Music nonsense I instead found their company history timeline thing, which begins thus:

Raluca was tired of the restrictions she faced on social platforms in which her posts were not seen by many friends and felt the pressures of complicated algorithms. With the frustration of other social media content creators, Raluca begins Hive as a passion project in her bedroom and self-taught herself how to code.

This... explains much. It goes on to say the iPhone app launched in October 2019, the Android app is "expected to launch in 2022," and it strongly implies there are only three employees but they still have an "angel investor."

Small Update Edit: lmfao apparently usernames aren't unique on hive either??? like multiple people can have the exact same username. someone posted a screenshot of a full screen height of accounts with the username "genshinimpact". absolute clown site.

only one of these counts as a 2022 release really, but whatever

This is in response to a Discord chat discussion. You may safely ignore it if you're not interested in doing this.

Sometimes the best medium to convey a joke is making a first person shooter map.